“It’s all in the details,” says Vince. With decades experience combing floral markets, Vince’s stem style always has a tailored air of sophistication with a touch of the unexpected.

Vince Hart lives and breathes the art of event design. His love for flowers began as early as the age of five when his grandmother gave him “The Big Book of Flowers,” which now resides amongst a thousand or so design books in his personal collection. He is described as having a wild imagination, the kind that will wake him from a dead of sleep to jot down his vivid decor dreams. As our vice president of sales and one of Kehoe Designs’ most prolific event producers, we begin our blog with a feature on the charismatically charming Mr. Vince Hart, as the “The One to Know.”

A dreamer, designer, and mind reader

What is the secret behind Vince’s decade worth of jaw-dropping event environments? “Perspective,” says Creative Director, Bridget Frizzie, “his ability to take an event theme or personality and highlight the client in a way that is clearly defined, perfectly edited yet completely original.” For Vince, it’s also about bringing out the potential in everything he sees and touches. “Most people will look at a pomegranate and see food,” explains Vince, “but if you take a moment to draw inspiration from its gorgeous shape and hue, it then takes on an entirely different life. Fabulous is everywhere, the key is to never stop looking.”

Relevant and fresh design is also a strong theme in Vince’s repertoire. “I’m always looking at what is happening in the fashion scene since this is where design trends begin, especially in the color world,” says Vince. Looking for cues from the coasts, his daily reads include the New York Times and Sun Times, supplemented by no less than 80 magazine publications. “I also get a lot of my inspiration from shopping,” he adds. “From Neiman Marcus to Forever 21, I’m out there all the time, seeing what is new in the storefront and what is flying off the racks.” Shopping at a large range of stores allows Vince to tap in on cross-cultural and multi-generational trends, ultimately adding that extra edge to his designs.

Designing this surprise birthday extravaganza, Vince manages to nail every detail of the guest of honor’s aesthetic using his keen ability to understand his client’s personal style without them having to utter a single word.

As is most often true, behind the genius of Vince Hart, is an entire village. In talking to some of the key players helping him make the magic happen, it’s clear that another layer to Vince’s success is his ability to draw on the combined talent of the Kehoe Designs team. “There is so much potential creativity in his world because his clients have absolute trust in his capabilities and taste,” says Graphic Designer, Maura Cunningham. “He truly allows me to run with his concepts and working together, to take it to the next level. We often use Vince’s events as an opportunity to try out something new we’ve been eagerly waiting for the right moment to release. He comes to us early in the process, allowing us time to play and come up with something totally fresh and exciting.”

While dreaming up this kaleidoscope party, Vince works closely with the graphics team to create multiple layers of digital art, carrying their theme through every detail including tabletop treatments, spinning lamp shade centerpieces and place card design.

Paul Prentice, Director of Samples, also attributes his enduring decor triumphs to his ability to lead the other designers with a clear direction. “Vince always starts with a vision,” Paul explains, “whether it’s a design inspiration from the legendary 1940’s interior designer Dorothy Draper or from the current steampunk trends, part of his genius is that he always has a complete concept in his mind before we start, and then our job is to bring that vision to life in concrete form.” 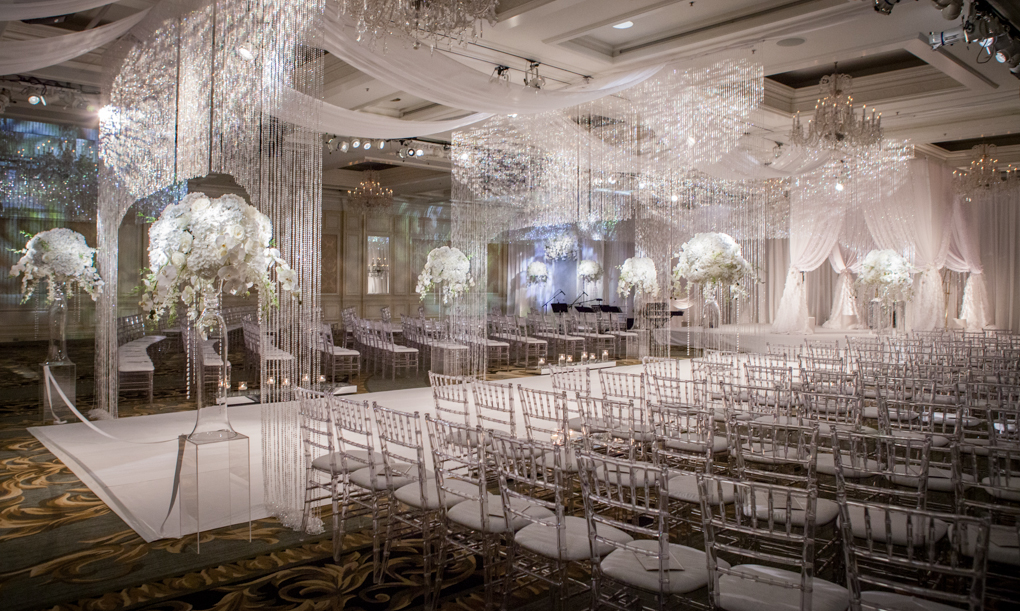 Pushing the limits of event décor

Blending originality, imagination and artistry, Vince is always pushing the limits of event design. With that fresh, childlike excitement and fascination for decor, he completely immerses himself in each project and owns it down to the smallest of details. As event planner and close friend, Shari Rodin, explains, “a large part of his creative success are his fabulous listening skills. He is the best at asking the right questions and realizing the client’s vision even when they don’t. Time and again, he has used his intuition to give the client exactly what they want with designs that remain perfectly aligned with his own artistry and passion.”